“Sonofabitch, already?!” – That phrase ringing out through the bathroom door is how my boyfriend Jason found out we were pregnant the second time. Now, I know what you’re thinking “Do they not understand how contraceptives works??” – Fair. But trust me, you don’t survive being 20’s Jean child-free and NOT understand contraception. No, we fully grasp how to prevent pregnancy, but after our miscarriage (an unexpected, albeit not at all unwanted pregnancy) we realized that we really did want to have a child together. And, at nearly 40 years old with my clock ticking and eggs dying, we had to decide pretty quickly if we wanted to try again.

Our doctor had warned us it could take a while to get pregnant and hadn’t wanted me to go back on birth control following the loss of our baby, but it was all too raw and, since I always think I’m my best doctor, I went back on the pill for a few months while we grieved our loss. At the end of 2017 (as in December 28th) I stopped taking the pill. SO… you can imagine my surprise at the beginning of February to have a positive pregnancy test. Sonofabitch—already.

When we were told our baby’s due date would be October 2nd I knew we were having a boy. You see, October 2nd is my DDD—Dead Dad’s Day. It’s not a holiday most people have ever heard of, but one I have long celebrated. When I was 19 years old, 20 days before my 20th birthday, my dad passed away. I decided that instead of dreading the anniversary of the day he died, I would celebrate his life. Every year since his passing on October 2nd I crack open a Coors Banquet beer (his beverage of choice), cheers to my dad Hugh and focus on happy memories of his life. It’s my DDD—Dead Dad’s Day. And my baby’s due date was on the 20th anniversary of my father’s death. So yes, I knew we were having a boy. 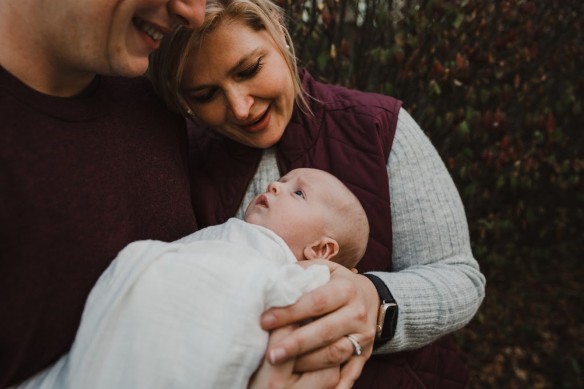 I know it’s been a little over a year since I’ve written in the blog, but hey I was busy gestating life! I grew out my bangs, enrolled in an entrepreneurship program, gained 70 pounds, got engaged, changed jobs, bought a house, remodeled said house, turned 40, leased a mom-mobile, bought another car, cut bangs again and PUSHED A MINIATURE HUMAN OUT OF MY NETHER REGIONS!!! I mean, I’ve been busy, BUT… I’m back and ready to start sharing all those stories and more (like who can forget the time I shat myself… god I wish I were kidding…).